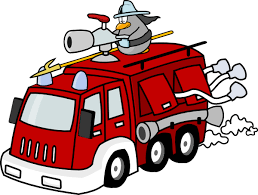 On the highest hill overlooking White Mountain Vacation Village, sits the very tallest sort-of-yellow water tank – at least the tallest in the immediate area.  That tank holds 125,000 gallons of water that travels from wells and water lines owned by the City of Show Low, and passes through a two inch water meter. The meter keeps track of the amount of water going into the tank and the City bills the Association accordingly.  Once that water enters the tank, it belongs to you.

From the tank, the water heads to the Village with an enormous pull from gravity through an eight inch water line. The water fills the eight inch water line mains in the Village, which feed the fire hydrants and the water lines on your lots, allowing fire protection from the hydrants when needed and you to get water when you turn on your faucets. Once the water enters the Village, anyone connected to the water system, which does not include Woodfield or the rodeo grounds or the amphitheater, can use it.  You may be using 10,000 gallons per month while your neighbor uses only 1,000 gallons per month but no one is going to know that because the Association is not selling you water.  The City of Show Low sells water to the Association and a fraction of your monthly fees pay that bill.

The water tank, water lines, and fire hydrants make up the water infrastructure in the Village. The infrastructure belongs to the Association. As this is not a private water system metering and selling water to individuals it is not subject to regulation by or registration with any agencies or departments within the State of Arizona.

Think of the Village as a forty acre resort hotel property.  Through a single metered source, the City sells water to the resort for its laundry, landscape, swimming pools, restaurant, lobby, spa, and guest rooms, but the hotel does not sell water to its guests. The room rate covers the cost of the guests’ use of the water.

To Flow or Not to Flow

Not every development is lucky enough to have its own water tank. However, Big Yellowish isn’t planted on top of the highest hill to look pretty or so you can brag to your friends that you have a water tank.  It was mandated by the City of Show Low to provide fire flow as the water company at the time could not provide the volume or pressure needed for fire-protection purposes in excess of that required for other purposes.  No fire flow, no subdivision approval from the City of Show Low, and no “you” owning property and reading about fire flow in White Mountain Vacation Village.

In 2014 the Lakeside, Show Low and Linden Fire Districts merged to form Timber Mesa Fire and Medical District. Timber Mesa has a scheduled inspection for all City hydrants. This includes the hydrants within the Village.

With a big boost from gravity and an eight inch water line, the installation of Big Yellowish in the Village provides the volume and pressure needed to meet the gallons per minute tests required of our fire hydrants.  We have the power to put out a fire! And as a result, you own a lot. Or two.